The intelligent swarm for the enterprise of the future 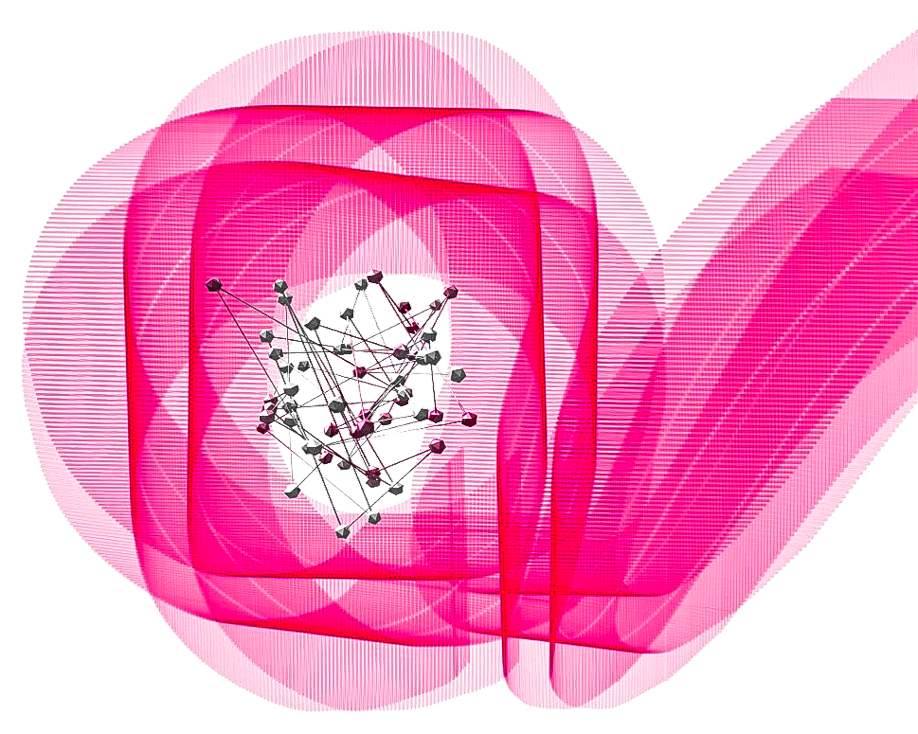 The swarm organizes itself, learns constantly, optimizes itself independently. Innovativeness is practically built into swarm mode. With Augmented Leadership, we help your company switch to swarm mode.

An example from the world of birds: flocks of starlings (see image) form patterns in motion in the sky that look like clouds coordinated by a ghostly hand. Thousands of birds that become moving 3D objects that constantly change - until the flock suddenly settles where.

How do the starlings do it?

A lead animal initiates the movement, flying up from a tree or the grass. Six to seven follow. These six to seven are followed by six to seven each in direct neighborhood (called topological distance). This is the principle. Already the swarm is in the air. An exponential system for coordination in space. An intelligent vector graphic, consisting of mobile motion detectors, which are at the same time impulse generators for movement. Although there is a lot of chirping in all these movements, it is the movement itself that is most purposeful and thus probably the actual means of communication for coordinating movement. What connects an orchestra to a flock of birds and why augmented leadership creates flow:

The door opens, the swarm flies in, settles on the instruments. Then the cacophony begins: the voices of the instruments - audible entropy. Finally, a conductor appears, raises her baton. At that moment, you could hear a pin drop. Then the silence fills with harmony - the opposite of entropy. Augmented Leadership is about achieving a systemic state of higher order and harmony in companies and organizations. That's what a flock of starlings has in common with an orchestra. They take off and swarm. Coordinated and unerring.

The intelligent swarm navigates according to the twelve principles of the Augmented Leadership Manifesto.

This is augmented leadership: control enriched and enriched by principles, intelligent tools and methods. Whoever gets lost on a lake will sink in the ocean. But if you stay in your pond, you won't see the ocean. And we also want to reach for the stars...

The company of the future is like a beehive of hyper-smart insects. Dumb worker bees are so yesterday! The founders or owners of such a company provide a meaningful vision in which the swarm can develop its intelligence.

The clearer the vision, the more powerful the breeding ground for the swarm mode.

The intelligent swarm will evaluate, structure and control dependencies, possible obstacles and risks itself and manage them with bundled creativity. The swarm organizes itself, learns continuously and optimizes itself independently. Innovativeness is practically built into the swarm mode. In the best case, the strategy for implementing the entrepreneurial vision generates itself from the swarm, initiated by the neural network and driven by the incentive to reduce entropy.

We help your company to become such an autonomous, self-learning and innovative swarm step by step. We give you all the digital tools and augmented leadership methods for this journey.

While a hive of individual insects is efficient and doesn't need to understand the organization of the hive, we humans want to know who is doing what and when. Teams feel uncomfortable when they don't see something working and don't know why.

One of the first steps is to define roles and responsibilities in our Smart Snake. Visualizing the organization is reassuring for the entire hive, not just management. Ontology heatmaps help build a sense of connectedness with the swarm.

Rosho.World - your augmented leadership partner, your navigators at the wrecking edges of complexity.